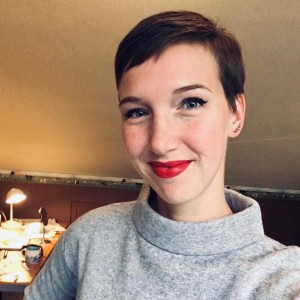 “What’s so special about what I’m saying?” “What unique thing do I have to offer?” “Haven’t a million other people already said exactly the exact same thing?”

How many times have you caught yourself thinking one of these thoughts when coming up with a new idea?

I surely have, many times. But as I learned while working at an innovation agency: it’s not about the idea, it’s about the execution.

And whatever the idea is, there are a million different ways of doing it. No way will exactly be the same. No person will execute it exactly the same. We all have our unique experiences and perspectives that we bring along. The end result is never the result of just the idea.

What I’m saying: you don’t have to come up with a brilliant idea no one ever thought of before, a la Einstein’s relativity theory. The idea behind this blog post surely isn’t!

But that your work doesn’t change the world, doesn’t mean it can’t make an impact.

Even if it resonates with just a few people, even if it just gives one person a new idea, it can change a life. And via that multiple lives. Y’know, the famous ripple effect.

Think of all the books you read, articles, those inspirational quotes pasted on a cheesy background of a sunset. Surely some of them must have given you new inspiration. And perhaps nudged you to take an action that has made all the difference.

Were those ideas unique? Probably not. But they reached you at the right time and in a way that spoke to you.

Because it’s not just about the idea. It’s about the way you deliver it, the format, the tone. The words or images you use. The context you provide. And you have enough to draw from: your life!

I think the trick is to make and share with the mindset of truly wanting to help. By sharing whatever experiences and insights we have, and the beauty we found in the world around us or conjured up in our minds.

And even if you’ve made it just for yourself, you can always put it out there and see if it resonates. Where’s the harm in that?

So get your ideas out there!

Yes, I’m aware that there are TONS of articles out on Medium which are saying the EXACT same thing I’m telling you right now. But I’m going to post this regardless.

And I encourage you to share whatever you’ve been working on, or get started with that idea of yours. No matter how many people have done it before.

So don’t underestimate the value of your perspective either! I’m already looking forward to seeing what you’ll come up with 😉

PrevPreviousWant To Offer Value? Know What Your Audience Knows
NextIs Shorter Always Better? Why Bullet Points And Tl;drs Might Not Do The TrickNext
On Key

Creating something: how hard can it be?  Some people make it sound like the easiest thing in the world. “Well, just make something! You have

Is Shorter Always Better? Why Bullet Points And Tl;drs Might Not Do The Trick

I used to think that stories were great for entertaining and keeping the attention.  But that when it came to “functional” information, like messages sent

“What’s so special about what I’m saying?” “What unique thing do I have to offer?” “Haven’t a million other people already said exactly the exact same thing?” How

Want To Offer Value? Know What Your Audience Knows

Do you know how many choices I make when writing blog posts? I didn’t knew so either. Until last Thursday, as I was finishing up

Nope, I didn’t publish a blog post last week like I’d promised. While I had one in the making. In fact, it was almost finished.